for the video recording filmed last week at the Teatro del Silenzio in Lajatico, Tuscany. The video was streamed for Bocelli fans on July 24th, replacing the concert which was supposed to be held on the same date and which, due to the pandemic, has already been postponed to next year. Now the short film is also available on the Artist's youtube channel.

As many of you might know, Mr Bocelli has a special F308 at home. 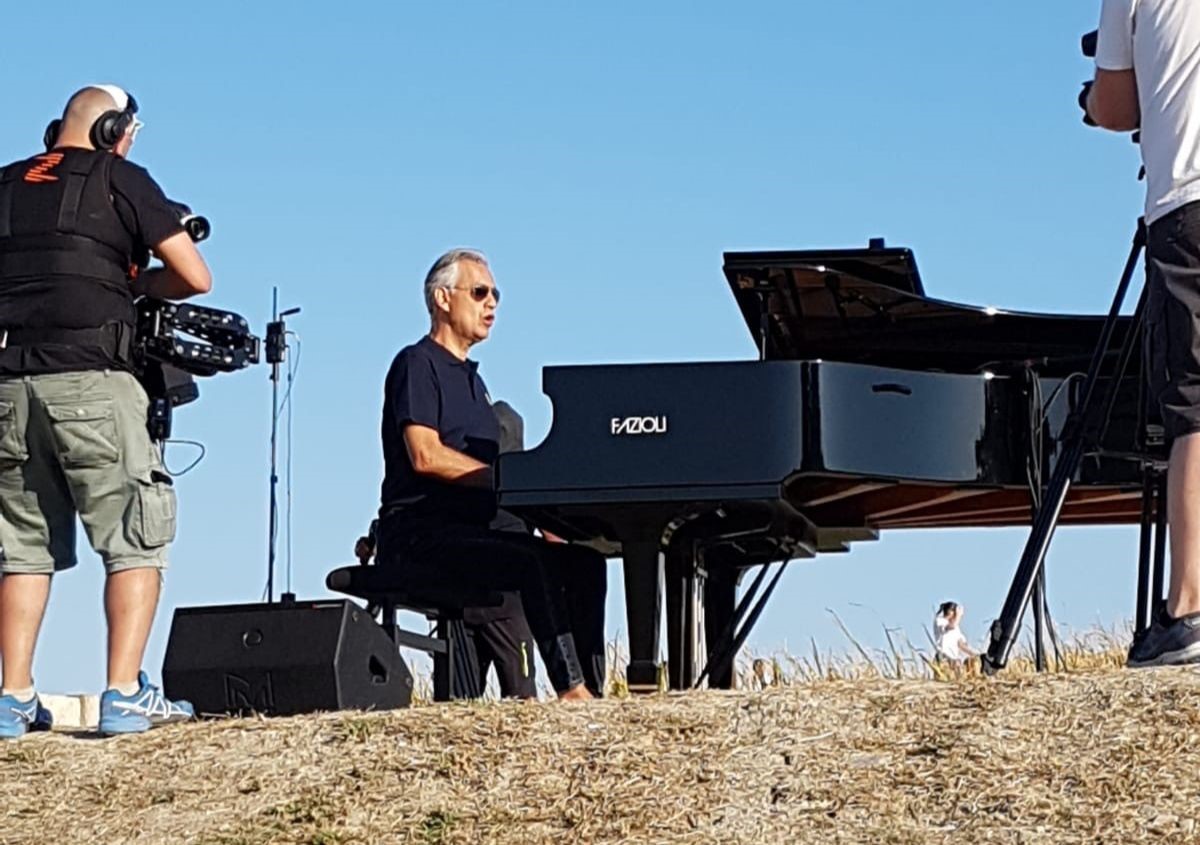